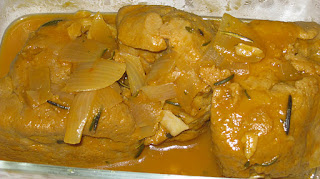 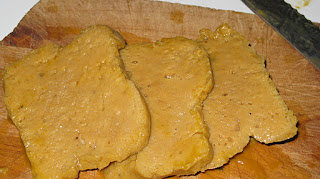 I've been experimenting with seitan lately . . . something I seem to do every couple of years. I really don't like the store-bought kind but never seem to get around to making my own. Until I read in Robin Robertson's Quick-fix Vegan that it can be made in a slow cooker. Well, it was like a light bulb went off in my head. Of course! A slow cooker is the perfect place to make seitan. Long, slow cooking so the seitan can absorb the flavors and no need for me to have to be home (or awake) while it cooks. So I went searching through my cookbooks and on the Internet and added a couple of innovations of my own, and came up with this recipe. The whole house smelled amazing and the seitan was perfect--moist, flavorful--my daughters keep snitching pieces from the refrigerator so that tells you how much they like it.

Place gluten flour, nutritional yeast, salt and pepper in a large mixing bowl and whisk until combined. Stir in the water, soy sauce, and olive oil and stir until mixture is combined. Knead the dough for a minute or two. Let dough rest for five minutes while you set up the slow cooker and turn it to low, and get the simmering broth ingredients prepared. Cut the dough into 4 pieces and shape each piece into a ball. Arrange seitan dough balls in the bottom of the slow cooker. Sprinkle the onion, garlic, and herbs over the dough. Pour the broth over everything. Cover and cook on low for 6 - 8 hours. Cool in slow cooker for an hour at room temperature, or until the seitan is cool enough to handle.

Store in broth or removed from broth and tightly wrapped—in refrigerator for up to 5 days or in the freezer for 3 to 6 months.

Next I want to try an Asian-flavored -- I'm thinking sliced ginger and maybe lemon grass instead of the herbs above . . .
Posted by Unknown at 10:04 AM

I make this every week and it has become a staple. thank you so so so so much for the recipe!

This is absolutely delicious! I make it every other week, quadruple the recipe, and freeze it. Love it!

This may be a stupid question...but im new..so what do you do after it's done? Cut into pieces for a certain meal? 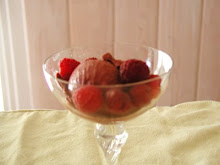 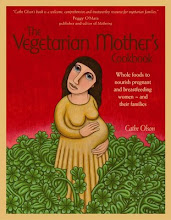 Healthy recipes for the whole family! 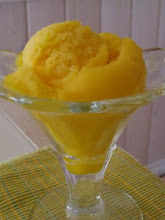